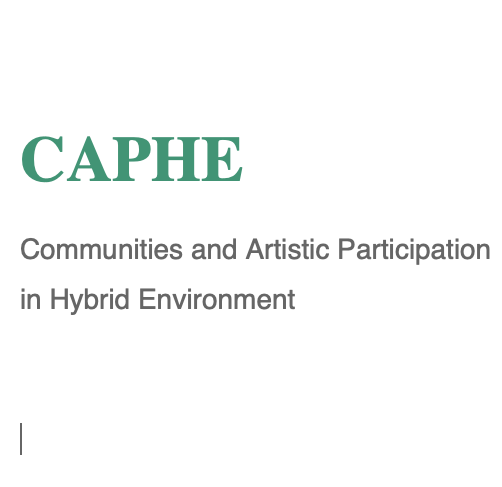 The aim of this Horizon MSCA funded project is to investigate and perform the possibility of elaboration of an enhanced model of interaction and somatic participation between artists and communities, coming from different cultural backgrounds, both traditional and virtual ones in hybrid environment, including physical, and virtual layers. By this mean we will develop the concept of VR Participation, building the integrated framework for VR-mediated consensus and community in a form of an aesthetic dialogue, geared toward layering and investigating aesthetic experiences through VR technology. The project’s physical mobilities will be directed towards sharing knowledge and proficiency in different fields such as humanities, arts, technology, and education, focused on the research on communities, arts, and participation in contemporary, digital time in countries involved in the project: Poland, Portugal, Italy, Greece, and Kenya. Apart of activities realized during the mobilities: workshops, trainings, field research and interviews, the cooperation between partners in the CAPHE project will be continued during the whole project in the virtual space, online. This will be realized with use of modes of telepresence, Augmented Reality (AR) and Virtual Reality (VR) technologies such as the AltspaceVR platform. The project’s team will be engaged and will operate in experimental, hybrid environment to stimulate and research the process of social-artistic interaction. Our process will engage artists, communities, and researchers from six countries, and on two continents (Europe and Africa). The countries are located on the South of Europe: Portugal, Italy, and Greece, and North and South from this line: Poland and Kenya. This gives a broad spectrum of contexts.