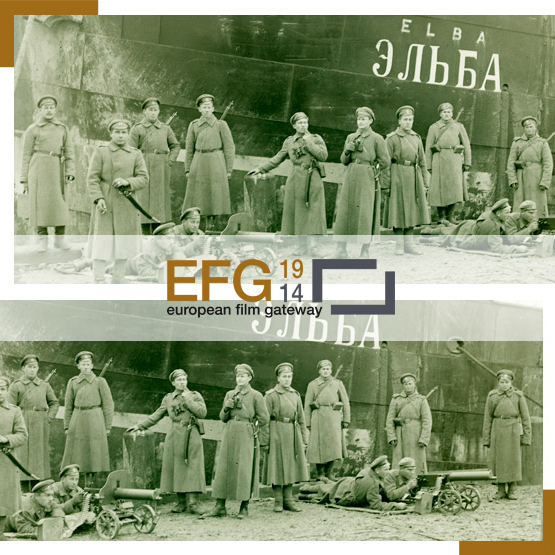 EFG1914 will digitise and make available 654 hours of film and ca. 5.600 film-related documents on the theme of World War I held by 20 European archives in 15 countries. The content will be made available through the EFG Portal and Europeana and, addition to that, in a special virtual exhibition dedicated to the content digitised in the project and to themes around WWI, film, the European film industries and their audiences in a decade of conflict and cataclysm. It complies with the requirement of the ICT-PSP Work programme 2011 in that it provides content complementary to content already available in Europeana, especially considering that several initiatives by Europeana itself and digitisation projects already running are gathering collections from libraries, paper archives and private collections. EFG1914 proposes to fill a large part of the audiovisual gap on this theme for Europeana.

It does so by utilizing the developments made by the EFG – The European Film Gateway Best Practice Network. With its tested and running D-Net application of the EFG Information Space, EFG provides the solutions needed for aggregating metadata in Europeana and, hence, making the content to be digitised available through Europeana.

Drawing from the results of the Edcine IST project, EFG1914 also addresses some of the digitisation, encoding and workflow issues that specifically apply to film.

The project is supported by the Association des Cinémathèques Européennes (ACE) and the Europeana Foundation itself.